Much like a prized painting, Mid-Century Modern swivel chairs have a 'flavor' all their own with their distinctive design, amazing hues and telltale patterns. Those of us with a penchant for high-energy, sophisticated and often quirky detail seen in abstract art can appreciate this, most brazen of interior design.
While looking for the ideal Mid-Century Modern swivel chair, it's easy to become overwhelmed by a flood of color and an avalanche of funky twists and turns; we may want them all--or, we might take on a dizzy spell. Really, though, deciding on your perfect chair means considering a few decorating basics.
Scroll down for a peek at Mid-Century Modern chairs and decorating ideas I'm sure will pique your interest.

The Swivel Base Chair: the ideal conversation piece

Mid-Century Modern design is such an energetic genre, one that's socially stimulating, like cocktail parties, friends and conversation.
Open any interior design book of the Mid Century Modern genre and you'll see amazing conversation pits of the 1960s, complete with the classic step-downs and  sectional sofas, mostly in a square arrangement, where conversation can be face-to-face free and open to all in attendance.
In it you can expect an abstract or deep pile shag rug in hot colors of the time: avocado, blazing orange and swirls in ultramod design.
Sounds amazing, doesn't it?
While today's architecture is more conservative and floorplans devoid of a 'pit' you can certainly recreate its look and purpose. Mid-Century Modern swivel chairs like these are ideal for socializing, as your guests can literally follow the conversation as it unfolds.  And a large area rug underfoot will help define the space. Add a nice molded fiberglass cocktail table to complete the arrangement.

Modern design, while quite the sophisticated genre where lines are mostly linear-no scroll work, no fancy trim and no image detailing. Think abstract art versus realism.

Doesn't this classic, true-to-form, tulip chair look sleek and sophisticated? Indeed, it's quite the ironic piece, isn't it? It's the unexpected that lends to its perfection, its design, adding real value. After all, perfection can't be this simple--or can it?

I'm loving these fabulous Eero Saarinen style molded, mid-century modern plastic tulip swivel chairs of the 50s. Designer Saarinen was steadfast in his quest for finding a solution to what he deemed were confusing, un-restful and downright 'ugly' "slum of legs." He was referring to the ho-hum table legs that had forsaken all measures of creativity.
And so, his molded fiberglass pedestal table and their accompanying chairs-- like these tulip swivel chairs, became part of Mid-Century Modern treasures.
Their simple design belies its sophisticated image in high-end interiors everywhere. I like the idea these tulip chairs can be paired with other materials like wood and metal and any color of the rainbow.
Indeed, these Mid-Century Modern chairs will make themselves at home wherever they're needed. Aren't they truly striking?

Funky Swivel Chair with Chrome Base: Budget-Friendly But Big on Style

This metal and leather swivel moon chair is another example of 'design undefined.' I can see this chair paired with any color rug underneath and wall art above in black and white or full-throttle, neon hues.
How's that for freedom in decorating?
Click the link to see details about this swivel chair and free shipping. I love free shipping, as having bulky furniture delivered to my door sounds much better than hiring a delivery driver or recruiting a friend with a pick-up truck.
Yup, I'll opt for having free delivery!

But Not Your Grandmother's Refrigerator

Turquoise was the Mid-Century Modern predecessor to the 1960s' avocado. I'd venture to say there was nothing off-limits    to this runaway, green hue--refrigerators included.
And I insist: there's no truly Mid-Century Modern room that's complete without a dash of avocado. Somewhere.
Here's a great representation of both form, function and color melding to be every bit an art form with these avocado swivel armchairs.  Their highly visual, so you'll garner  plenty of attention and impact in even the largest of spaces. And it all started with a swivel chair . . .

Do you recall the conversation pit of mid-century architecture? While your home may not have the step-down arrangement, you can recreate a modified version by floating several of these swivel chairs with a nice shag pile rug underfoot. The chairs' swivel base allows for face-to-face conversing. Love it.

Mid-Century Modern: So Simple It's Sophisticated

The Mid-Century Modern genre as I mentioned earlier, is often very simple with clean lines and solid colors.
This tufted, white leather swivel chair is the quintessential mid--century modern furniture piece and despite its low-profile, it will surprisingly be that standout piece.
Ideal as a lone piece in the corner or paired up in twos facing a sofa, there's simply no limit to your Mid-Century Modern room with surprisingly simple and stunning pieces like this fabulous chair.
Can't you imagine any color and pattern accent pattern accent pillow, rug or window panels paired up with a chair like this ultra modern find?

Budget-Friendly Swivel Chairs: all the style in mid-century style

Successful decor of any style needs contrast, pieces that stand out from the walls and floor.
Ideally, you want your most prized pieces to garner the most attention, not the smaller tchotchke (knick-knacks in decorating lingo). Black is a great option for contrast, as many furniture pieces are available in the strong hue like this Mid-Century Modern style swivel chair.
I love contrasting black with white, cream and grey on the conservative side, but remember, with this modern style, a little quirkiness is nice and energy is expected, so using orange, avocado or yellow for contrast will be entirely convincing.
Conversely, you don't want too many elements 'bouncing' off each other, lest your result is a dizzying imbalance that many be nauseous!
A high-style Mid-Century Modern piece like this black swivel chair looks amazing with its silver base and I love the tufting; it adds an air of sophistication to an otherwise casual chair.

I love contrasting black with white, cream and grey on the conservative side, but remember, with this modern style, a little quirkiness is nice and energy is expected, so using orange, avocado or yellow for contrast will be entirely convincing.
Conversely, you don't want too many elements 'bouncing' off each other, lest your result is a dizzying imbalance that many be nauseous!

A high-style Mid-Century Modern piece like this white swivel chair looks amazing with its silver base and the tufting adds an air of sophistication to an otherwise casual chair. Very cosmopolitan, indeed.

As I mentioned above, Mid-Century Modern necessitates highly visual pieces like these red egg armchairs with their silver and chrome swivel bases.
Red is often used in spaces that lack energy and light, as the bright hue really delivers plenty of WOW! in even the drabbest of of rooms. Couple a red chair with a fluffy white flokati rug and you've two amazing pieces for an instant transformation you'll love.
If you're not too keen on the egg chair style, a similarly hued club or other armchair may suit you well in realizing the same ambiance.
Like the avocado green, red is another must-have Mid-Century Modern color for a convincing result.
Don't these egg chairs look totally cosmopolitan?

Swivel Egg Chair without the Ottoman

Where floor space is at a premium, consider forgoing the foot stool. Pair this mid-century swivel chair with a sturdy industrial loft warehouse style cocktail table, on you can put your feet up and any ensuing scuffs only add to the table's charm.

There's few contenders for this true-to-form mid-century modern ball chair, especially with a host of colors to incorporate into your space. Rooms don't need much to introduce your intended theme when you bring this marvel into your new space.

Creating Your Own Personal Space with Rugs

Mid-Century Modern design can be a simple installation. It doesn't take much to create a warm space, and the addition of a plush rug underfoot--like flokati--can bring warmth to those hard floors that are all the rage and promise to be around for quite a while.
This white leather mid-century modern swivel lounge chair with its matching ottoman suggests relaxation and holds much promise when paired with a modern floor lamp in Swedish design and the rug I mentioned. Not a lot of fuss but the returns on your investment are limitless.

Swivel loungers like these Mid-Century Modern style chairs help create a casual ambiance in your new space. While many of the swivel chairs I've shown earlier have a more rigid, sophisticated style, lounge chairs are ideal for media and great rooms as well as home offices.
I would give them their own space, one where two loungers occupy a more close-knit setting, side-by-side facing a big screen or a large plate window in a loft apartment. There's plenty of options for creating a nice arrangement--and I'm seeing a nice high-pile shag rug in the mix.
Doesn't that sound divine?

Is it just me or do you get a sense of beckoning when looking at this mid-century design chair? I'm 'hearing' a whisper, "Your chair(iot) has arrived."
Amazing pieces seem to have their own dialogue, don't they? Which chair is your fave?
Email ThisBlogThis!Share to TwitterShare to FacebookShare to Pinterest
Labels: furniture for less, mid-century modern bedding, mid-century modern swivel chairs
Newer Post Older Post Home 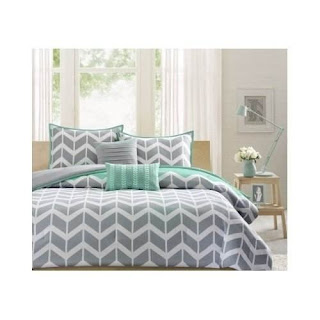